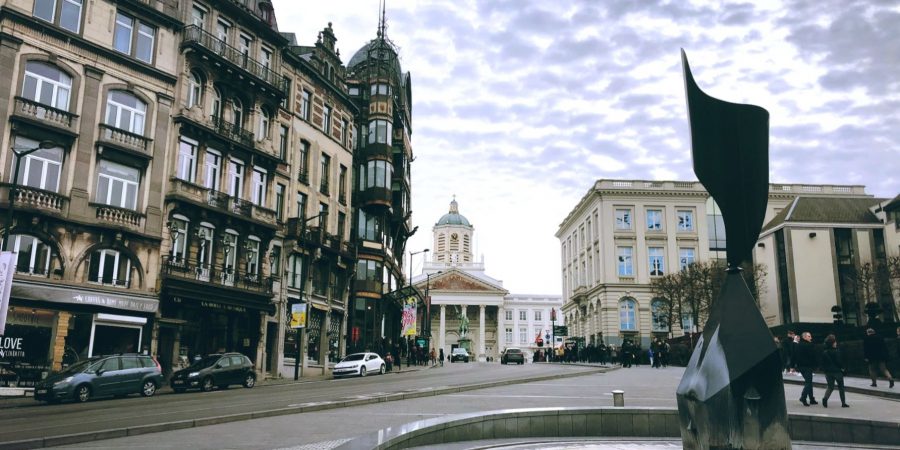 Will I ever say no to a cheap flights? The answer to that question is no. Yet another cheap Ryanair flight to Europe resulted in a spontaneous weekend city break to Brussels, Belgium.

When most people travel to Belgium or decide upon a city break, the concrete capital of Brussels isn’t usually at the top of their bucket list.

Although I don’t hate Brussels, I don’t love Brussels either and this indifference is something that most tourists feel when spending any time in the Belgian capital of Brussels.

As a city best known for the indifferent sentiment people feel towards it, it’s clear to see why so many people skip Brussels and opt for Bruges, Ghent or Antwerp. Here’s my city break to Brussels including some great free things to do in Brussels.

Travel before the Covid-19 Pandemic

I should probably start by saying I arrived in Brussels in late February and flew home just a few days before the coronavirus pandemic began to impact travel and the day-to-day lives of most of the world.

Now, that it looks like the world is opening up again and that travel and normality may once again be possible I’m deciding to upload this post.

How to get to Brussels from Charleroi Airport

As always, with most of my city breaks, my trip to Brussels was completely unplanned and dictated to me purely by the price of a flight and my desire to see somewhere new.

With a £24 flight from Manchester booked and Belgian beers in mind, we arrived in Brussels Charleroi Airport – an airport located nowhere near Brussels itself.

To put into context how far this airport actually is, if you were to walk from Charleroi Airport to Central Brussels it would take you approximately 10 hours. With that in mind, we opted for the bus, which takes just over an hour.

If you need to get to Brussels from Charleroi Airport and don’t have the time for the 20 hours return walk then look out for the Flibco Bus stop just outside the airport.

Flibco Bus from Charleroi to Brussels

We took the Flibco bus from Charleroi airport to Brussels Central, the tickets are pricey but as always it’s cheaper to buy a return on the spot.

If you are planning a city break to Brussels I’d recommend sorting this transport option as it just makes things a little easier on a limited time.

A return ticket costs $31 which is roughly around £27. As noted above, the bus takes just over an hour to reach the centre of Brussels. From there you can easily use the Brussels Metro so get around.

If you are travelling within Belgium, the Flibco bus service operates to Bruge and other cities, but I do suspect there are cheaper options available if you research.

The Brussels Metro is as easy as any to navigate. The ticket machines were useless and we couldn’t get our Monzo card (digital bank) to work so we ended up queuing to purchase our tickets. Not a problem.

We travelled on the metro and tram several times during our stay in the city. This is easy enough to do for experienced and non-experienced travellers. However, if you are travelling long distance you can always use Uber.

For a budget city break to Brussels the tram/metro is the most economic travel option, but you can get most places on foot anyway.

Where to stay in Brussels?

During our city break to Brussels we stayed at the Penta Hotel in Brussels City Centre or more specifically the Saint-Gilles area.

The Penta Hotel was a great find, it was modern and extremely popular. The bar in the main reception area was busy throughout the day and evening and I would have definitely liked to spend more time there if our stay in the city wasn’t so limited.

If you are someone who likes to check out hotel reviews prior to booking then don’t forget to check out mine titled: Would you rather die of thirst or pay €17 for two bottles of water?

Despite a great stay at the hotel, during check out we were charged €17 for two bottles of water that we purchased at the reception desk. Naturally, I was shocked and saddened to see they weren’t gold plated. Bill Bryson would not stand for this.

We later found out from management there is a vending machine with €1 bottles of water in the hotel – why didn’t the reception let us know this? In future I’ll take the tap and save my €8.50 for snacks.

Things to do in Brussels

Don’t get me wrong, I know Brussels isn’t the most favoured of Belgium cities among tourists. As I mentioned, tourists generally feel indifferent towards the cool and concrete city. Especially in comparison to neighbouring locations.

But, in the grand scheme of things a city break is what you make of it and there are plenty of things to do in Brussels.

If your idea of a perfect city break is throwing back pints, eating unhealthy snacks and wandering round visiting notable locations to get some pics and awe at some architecture then let me tell you about some great free things to do in Brussels.

Unsurprisingly at the top of my list and most lists of things to do in Brussels is having a few pints. I won’t pretend I know much about Belgian beer or any beer for that matter so I’ll let Practical Wanderlust educate you with a beginners guide to Belgian beer.

Like every other city on this lil planet there are several Irish bars in Belgium and like the tourists we are we headed straight to the one close by our hotel for our first drink and to do some planning.

After our Irish pitstop we ended up in Delirium which had been recommended to me by a friend. Delirium is a massive beer house with a great atmosphere and literally hundreds of different beers to try.

It’s literally always busy but worth the wait if you do find yourself waiting for a table. We spent an entire afternoon here pretending we knew what we were drinking. Great fun and definitely one for the list of things to do in Brussels.

We also had a few drinks in Churchill’s English Pub because we’re very predictable. It is a really nice bar though if you want to give it a try!

If you’re looking for an escape from the endless Belgian beers then I’d recommend you check out Alice Cocktail Bar. A cute, speakeasy type cocktail bar located on Avenue Louise.

The drinks are a little pricey, but a I do believe there are some 2 for 1 type offers on. There is also a rooftop which was closed in February, but the main bar is small and intimate and for a second you do feel like you could be in some strange period movie about aristocrats who drink cosmos.

My only complaint is the toilet attendant, a woman who expects to be paid on every visit. 1 drink = 1 or 2 bathroom trips for me and I just don’t have that kind of money.

After Alice Cocktail Bar we did end up in some strange EDM club in what felt like the basement of a shopping centre, I don’t remember the name but I wouldn’t recommend even if I did.

Top things to do in Brussels

As with any city break only after you’ve located the best pints you’ll want to explore the wonders of the city. My city break to Brussels was no different so we took ourselves on a small walking tour to see some sights.

Top places to see in Brussels;

As a budget travel blog it’s worth nothing that most of the above attractions are free things to do in Brussels.

Places to eat in Brussels

We ate in The Huggy’s Bar on our first day in the city. They had Premier League football on the TV and unlimited fries. What more could you really ask for?

The restaurant was small but the menu was great with both veggie and vegan options and did I mention unlimited fries? I’d certainly recommend this as one of the top places to eat in Brussels, especially on a budget.

The great thing about Huggy’s for Belgian Beer virgins, was the menu actually recommends what to drink with each burger. Although it’s small, the food is great and good value I’d definitely recommend this restaurant to anyone visiting the city.

We also ate pizza in a really nice Italian restaurant in the centre of Brussels but I’d had several beers at this point and didn’t not manage to take the name of the restaurant. Sorry!

It goes without saying but when in Brussels you’ll want to eat as many Belgian waffles as you can without feeling sick.

You can pretty much try this tasty treat everywhere in the city. There are many pop-up market type stalls, waffle houses and more traditional cafes and coffee shops.

So whatever you fancy or your budget is easily find one of these places to eat Waffles in Brussels.

Another tourist favourite is Moules-frites, not something I was overly keen to try but often a tourist must try when in the Belgian capital city.

Would I recommend a city break to Brussels?

Probably not. It’s a nice enough city but as budget European city breaks go it wouldn’t be my first choice. There are some lovely places to eat in Brussels and some great bars along with some free things to see!

So that’s it, my final word. If you want to take a small city break to Brussels then be my guest. There isn’t a great deal to do, but there are cheap flights from Manchester to Charleroi and if you had more time you could see some of the other more exciting Belgian cities.

Overall my time in Brussels was pleasant, we ate some nice food, drank in some nice bars and got to see some sights. I won’t be rushing back to Brussels anytime soon but it’s still another fun adventure to add to the list! 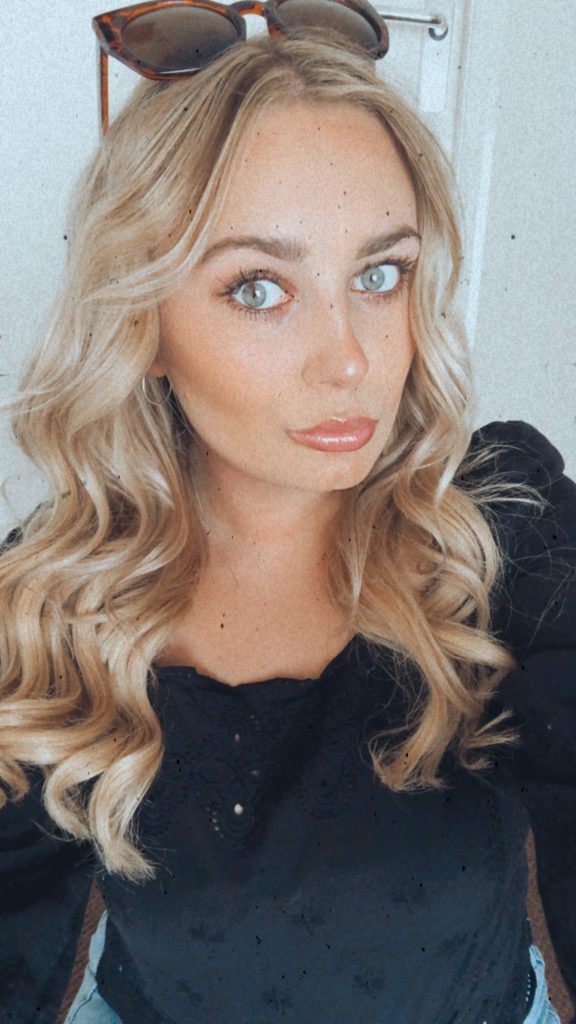