Skip to content
— Europe, Stag Do, Stag Do Tourism — 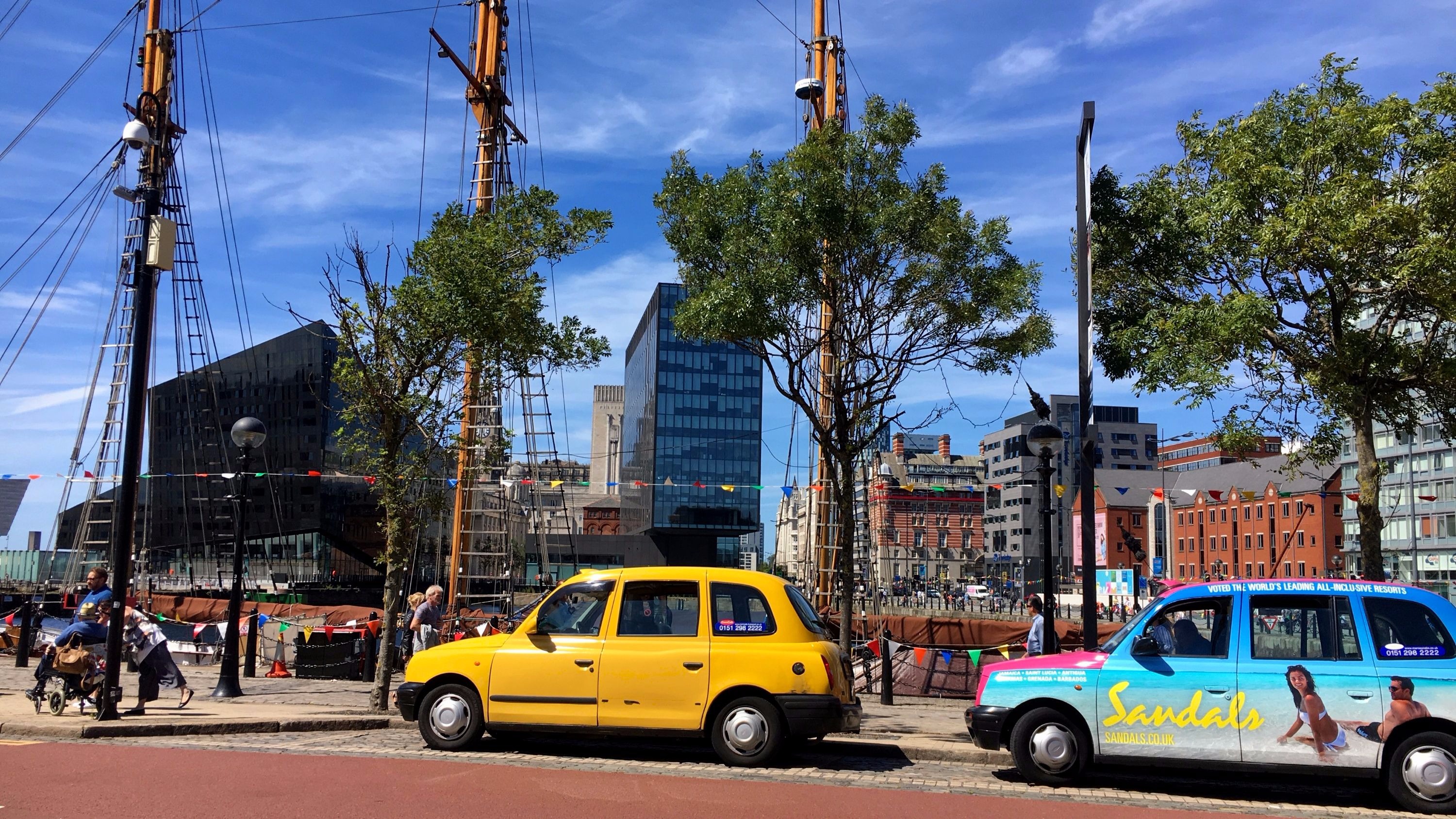 I’ve certainly been open about my opinions of the typical British stag do in the past, but even I can’t deny how popular hen and stag do tourism is.

Whether you love it or hate it the stag do tourism industry is booming and very profitable too. That’s why I’ve pulled together the definitive list of Best European stag do Destinations!

If you’re planning a stag or hen party then don’t worry, here’s all the best stag do locations in Europe.

Best stag do destinations in Europe

Here you’ll find a list of the best stag do destinations in Europe in some of Europe’s best party cities, along with some tongue-in-cheek cultural and tourism etiquette tips to go along with it.

So if you’re looking for an overview of the best stag do hot spots in Europe and how behaviour accordingly in those destinations then look no further.

Stag do/party – A bachelor party, also known as a stag party, stag night, stag do, stag weekend (in the United Kingdom, Commonwealth countries, and Ireland), or a buck’s night (in Australia) is a party held for a man shortly before he enters marriage, to celebrate his “last night of freedom.”

The best stag do locations, Europe

Why choose Hamburg for your European stag do?

Hamburg is always voted one of the best stag do destinations in Europe.

Hamburg is the original stag do city and although it is by far the priciest city in Germany the local beer is still cheap enough for a stag weekend to be enjoyed on a budget.

The key area’s to keep in mind include the Reeperbahn and St. Pauli,  which are where you’ll find the coldest drinks, loudest music and most tourists.

If you’re looking to visit on the cheap book a hostel dorm to keep costs low. Buy a weekend train pass that will get you about the city at all times, group tickets are €12 for up to 5 people.

Note that there is a lot of prostitution in Hamburg’s Reeperbahn district so if that really isn’t something you want to see I suggest to avoid Hamburg and try Berlin instead as a German stag do city.

Is Amsterdam the perfect city for your stag do?

Amsterdam is always at the top of any stag do abroad bucket list.

With cheap, short flights from all your major UK cities the City of Amsterdam is usually the number one choice for all British stag parties and city breaks.

With popular tours of the Heineken Factory, legal smoking and more big clubs than any of the other cities mentioned Amsterdam is certainly somewhere you can spend a packed weekend with the lads.

The Red Light District and Coffee Shops such as Greenhouse and Grey Area usually end up on most stag do itineraries.

So if clubbing in one of Europe’s party cities and smoking is more your thing then Amsterdam is the best choice for you.

Note – There’s always a long list of festivals and events that take place in Amsterdam all year round if you’re looking to time your stag do perfectly with a festival or event then check out the Iamsterdam Events Guide.

Why visit Riga for your European stag do?

I was initially a little reluctant to put Riga on this best stag do list after learning a few negative local opinions of the rise of stag do tourism in the city.

But, Riga is an increasingly popular destination for stag parties and if you’re looking to travel abroad for your stag do Riga should be considered.

With more cheap flights than ever from the UK to the Baltics, Riga is easily the most well known of the Baltic Capitals.

Riga’s Old City is a bustling tourist hub with more bars and restaurants in one area than any other city on this list.

If you’re looking for something more cultural without the notorious ‘sex’ tourism of Hamburg and Amsterdam then Riga is the stag do destination for you.

Note – The Baltic States are home to some great beer and beer snacks. Picture deep fried bread smothered in garlic and cheese – something to cure your hangover? For that reason alone Riga makes this list for best stag do destinations in Europe.

Could Dublin be the best European stag do destination?

Dublin, Ireland is by far the most expensive city to feature on this stag do list.

Dublin is a city that everyone should see at some point, so why not incorporate your stag do with a visit?

If you’re looking to travel abroad but not too far then Dublin is your best option for a stag do destination.

If you don’t mind paying roughly €10 for a pint of the finest Guinness Ireland has to offer then Dublin is a real contender for your stag.

Imagine the  live music, traditional hearty food, pub after pub after pub and more. The Guinness Factory and a 25 min flight from Manchester make Dublin a very appealing city for many stag dos.

If you’ve only got one night to spare for your stag party then Dublin is certainly the boozy city for you.

Flights from the UK are roughly 30 mins meaning you can be there and back without wasting valuable drinking time travelling.

Why not try Krakow for your stag do location?

By a mile Krakow, Poland is the cheapest contender on this list of best European stag do destinations.

When you can drink local beer for under £1/ €2 and visit a range of cultural and historical sites including the spectacular main square, Krakow is certainly up there as one of the most desirable stag do cities in Europe.

Tourism to Poland has increased a lot over the last few years thanks for new budget Airlines such as WizzAir. Return flights can be grabbed for less than the price of a meal for two.

Note – I’ve also experienced stag do tourism in the Polish city of Gdansk but feel that Krakow is a much more fitting setting for a stag do.

If you do want to travel to Poland for your stag do then Krakow is the best option compared to other Polish cities.

Is Liverpool the best uk stag do destination?

Not keen on travelling abroad for your stag do? As someone who lives in the city of Liverpool I am hopelessly biased about Liverpool.

If you’re looking for endless fun, friendly locals and an unlimited good time then Liverpool is the only choice for your stag do and guess what? It’s right on your doorstep.

This goes for hens too as hen parties and stag dos are both extremely popular around the city of Liverpool.

Trains from Liverpool Lime Street can be found from all over the UK along with cheap flights to Liverpool John Lennon Airport from other European countries if you’re travelling from further afield.

Food, drinks, live music and more can be found in the city centre of Liverpool. Accommodations don’t come cheap so be prepared to pay or book in advanced.

If you want a close-to-home fun filled destination for your stag do and don’t mind booking you accommodation early then Liverpool is the one for you.

For one of the best uk stag do destinations consider Liverpool, the ever popular and fun loving nightlife won’t let you down.

Now, I know rowdiness is often a common side effect of lads on tour in Europe and especially when stag dos are involved.

And I don’t for a second want to be the fun police, but I think it’s important to highlight here that there are certain behaviors associated with stag do tourism in European destinations that could be avoided.

That’s why I’ve pulled together some pointers in European travel etiquette to help you staggers avoid pissing off the locals. So, if you are hitting any of these stag do locations, you’ll probably want to learn how not to be a dickhead.

Follow these few simple rules to avoid being a classic Brit abroad on your stag do and hopefully avoid any other stereotypes us Brits are often tarnished with when travelling in Europe.

For the best stag do abroad follow these 5 rules…

Stag do rules for your European stag

Drink but don’t die. It’s okay to drink a lot of alcohol, we all do it even our Europeans friends, but the key is to not die.

Passing out in the road may be acceptable down Swindon high street on a Friday night but in Riga’s historical Old Town it is not.

Don’t pee outside. There’s no excuse for this, restaurants and bars would rather you asked politely to use the bathroom than urinate up the wall of a 17th century church.

Every European destination on this list has English as either a first or second language. The English language is widely spoke across Europe and communication barriers in European Capitals are rare.

On that note, there’s nothing wrong with attempting the lingo in a respectful way.

Waitresses and barmaids are there to do a job. You may be having the time of your life but for the girls behind the bar its just another Tuesday evening in the city they live.

The staff are not an attraction and although might just love banter don’t take it too far. The rest is self explanatory but don’t be a dick when you are around females on stag do.

Laddy chanting? I’m going to name all the times that chanting is acceptable 1. During drinking games 2. At sporting events 3. In the comfort of your own home. See how that list did not mention historical European city centres?

A guide to stag do locations, Europe

So there you have it, my guide to the best European stag do cities and a few tongue-in-cheek rules on cultural and tourism etiquette for stag do behaviour when travelling abroad. From Dublin to the Baltic Sea and my very own home of Liverpool.

Think somewhere else should make the best stag do destination list? Leave me a comment below and I’ll tell you if I agree.