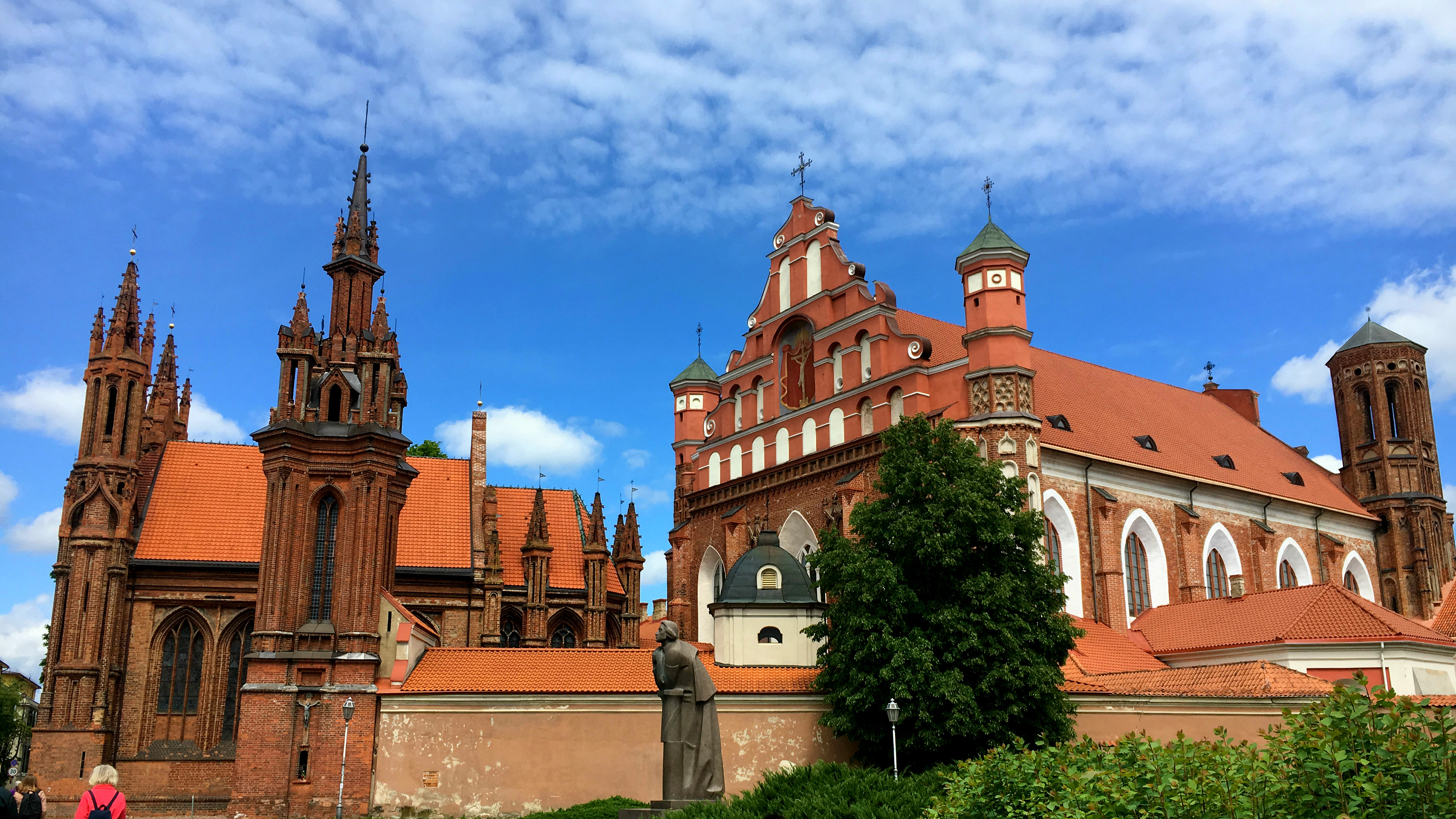 We’ve done the impossible or so it seemed initially. We managed to take a bus directly to Lithuania from Poland without going through Belarus.

We decided to take the Warsaw Vilnius bus into Lithuania via. Kaunas and here’s exactly how we did it without having to get a visa.

Poland to Lithuania by bus

If you’ve been looking online to try and figure out how to get from Poland to Lithuania by bus without going through Belarus or Russia you’ll know that the information is hard to come by.

Many people are keen to take the Warsaw Vilnius train, however this goes through Belarus and without a visa purchased in advance you will struggle.

So here’s an easy guide on getting the Warsaw Vilnius bus when travelling from Poland to Lithuania with Lux Express. Note that we did this trip from Gdansk in Poland.

Getting from Gdansk, Poland to Lithuania by bus and train

How to get from Gdansk to Warsaw by train

We left Gdansk station in the northern region of Poland at around 10.00am and took a train to Warsaw. The main station in Gdansk is called Gdansk Glowny which means main station.

The bus to Lithuania departing from Warsaw in Poland was due to leave at 3.00pm so we had a strict time scale to stick to. We visited the train station to get information on timetables the evening before our scheduled departure.

Most of this timetable information is available online, but we wanted to check our options in the station first as we knew it would be an early start.

Trains from Gdansk to Warsaw depart regularly, but it is important to know what time your Warsaw Vilnius bud departs.

If you are looking to know more about the Warsaw Vilnius train then check out Seat 61. You’ll need a visa for this route!

The train from Gdansk to Warsaw is pleasant, comfortable and scenic. It takes just under 3 hours.

Our train tickets to Warsaw were pricier than expected. We paid 278zloty for two people.

This works our at £27/€30 which doesn’t seem too costly, but is relatively steep in comparison to the distance we were travelling and other much more cost efficient routes in Poland.

The earliest train from Gdansk to Warsaw is at 4:00am, this will get you to Warsaw before 8:00am. We knew we needed to be in Warsaw before 3.00pm that same afternoon to take the Lux Express bus to Vilnius, Lithuania’s capital city.

When we arrived into Warsaw Central Train Station from Gdansk we were looking for a Lux Express kiosk to buy our tickets but there isn’t one.

Warsaw Central Train Station is a huge building situated under a large shopping mall and despite the bus travel from this station there is limited information.

We knew we could buy our Warsaw Vilnius bus tickets on the bus, but there’s always a chance that there may be no seats. However, you can purchase most ticket online now.

Warsaw Central is a bit of a maze to navigate as you will find out. It’s not ideal to arrive in a rush.

Online the cost of the bus to Vilnius from Warsaw was €19 around 82zloty and we figured it would be fine to pay in the local Polish currency rather than Euros and it was.

After leaving the station we proceeded to hunt for the Lux Express ticket office via google maps as we figured there must be one close to the bus stop.

Look for the below bus stop (4) outside the Multikino.

A review of Lux Express

Travelling on the Warsaw Vilnius bus

Lux Express is a ‘first class’ bus service that operates in the Baltic region of Europe. Lux Express usually operate out of all major cities and bus stations within the three Baltic countries.

Travelling with Lux Express is the ideal way to see all of the Baltic capitals as frequent busses leave round the clock travelling within the Baltics, the service itself is friendly, cheap and efficient with most tickets costing less than €30.

As mentioned above you can take the train through Belarus to Lithuania. It’s a long journey and it requires an expensive Belorussian visa as the three day Kaliningrad, Russia tourist visa no longer exists (true as of January 2017).

You may need to read carefully here because the bus stop for the Warsaw Vilnius bus is not very obvious and difficult to locate on Google maps.

You will want to arrive at least 30 minutes before departure. The bus stop in question is situated underneath the mall and a massive pink sign that reads Multikino.

The bus stop is number 4 although there was nothing clearly visible to indicate this.

3 thoughts on “Poland to Vilnius, Lithuania by Lux Express bus”