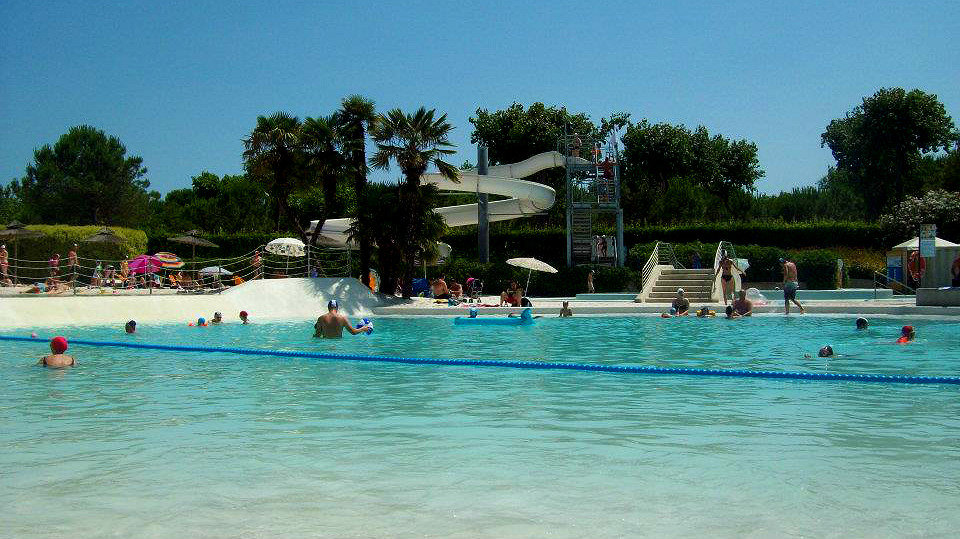 “It’s camping” is a phrase that I became all too familiar with during my first summer season in Italy.

Here’s a guide to season work and being a European Campsite Courier in Italy.

If you have ever wanted to work in Europe, but you have been put off by the idea of being a rep. Don’t be, there are so many opportunities when it comes to season work and camping might just be your next big adventure.

A guide to being a campsite courier

What is a campsite courier?

Camping doesn’t sound too glamorous does it? Well that’s what I thought too until I got my job as a campsite courier in Italy.

I never imagined at 18 I’d pack my bags and head off to Italy to live in a tent. But that’s exactly what I did.

Somewhere between turning 18 and dropping out of sixth form I found myself on a Tuscan campsite, in the height of the Italian Summer as a campsite courier. Right there, an adventure was born.

Season work came into my life at the perfect time. I was 18 years old and ready to explore. Don’t let this put you off applying for campsite courier jobs. Lot’s of different ages and nationalities all work as campsite couriers across Europe.

Camping in Europe is big. Hundreds of thousands of families take self-drive holidays to campsites all over the continent to enjoy the sun and fun. A campsite courier’s role is to ensure that families can enjoy their holiday.

Season work comes in all different forms, but the most popular role is a campsite courier. Most campsites in Europe have more than one courier per company and some even have large groups of campsite couriers working together on one site.

What is season work?

Season work is what it says. It’s a job that is seasonal, as in it only lasts for a particular season. Camping lasts the summer season in Europe from May – October usually.

I found myself arriving in Tuscany as a ‘High Season’ campsite courier sent out the fill the void created by the peak holiday season.

Your average camping season can start anywhere between April and June and continue to as late as October.

A lot of regular season workers do a summer season and a winter ski season in the Alps.

As mentioned above the role of a campsite courier is the most popular, but roles in camping jobs do vary. There are jobs for Park Managers, Assistant Park Managers or even kids club reps.

If you want to apply for a season work job, there are jobs to suit all including maintenance and reception jobs depending on your language and skill set.

My first role on Camping Village Park Albatros was that of a Campsite Courier which basically just means rep.

Season work is perfect for people who want to travel whilst making money. Or anyone looking to save up whilst living and working in another country.

I was lucky enough to work in Italy three times. I spent a summer in Tuscany, Venice and then a final summer in Lake Garda.

Whether you’re British, Dutch, German or Danish you can apply for the vast majority of European Camping specialist companies.

Selectcamp was my first choice and I spent two seasons with them before moving over to Happy Camp, which I now believe has changed name. It was considered one of the better companies a few years ago and might be worth checking out.

Campsites employ directly but not usually for campsite courier jobs, they mainly employ for jobs in hospitality. Which is another option if you don’t like the sound of campsite courier. The best companies to check out are;

Roles usually become available after Christmas and interview throughout the early spring. You should always check out and apply for a few companies. You can easily decline offers until you get the best deal.

The pay is pretty even across the board and almost all companies pay for your flight out to your season and home at the end of the season.

The best campsites for season work

You unfortunately don’t really get a say in where you are sent to on your first season, but that’s part of the fun.

I was lucky enough to be sent to one of the biggest campsites in the region on my first season. I spent the summer surrounded by other reps, swimming pools, fine Italian restaurants and my own freedom.

Some of the best campsites to work on are huge, massive, luxurious campsites in rural areas of Europe. The campsites I worked on are;

It’s always good to indicate where you’d like to be placed. As a rule of thumb, the bigger the campsite and the more companies that operate on them the more jobs are available.

Some of the smaller campsites are located in rural areas. They also only have a small number of camping companies based on them. These ones are usually quieter even in the high season.

Most of the larger campsites have all the major companies on them and usually even have a private live area for couriers.

Live areas get grim, lots of people partying and living in a small space can be like that. If you prefer a more chilled experience a smaller campsite may be more suited to you. Its always worth suggesting that in your interview to avoid an unwanted wild experience.

Depending on where you end up your season may be different to the experiences I had. I was lucky enough to always work on large campsites that offered staff lots of perks and discounts. I even managed to get myself a free trip to Instagrammable Rome.

The perks of being a campsite courier

The experiences I had were filled with long fun-fueled nights and making friends for life. One of the biggest perks of being a campsite courier is the social side of things.

On Marina and Albatros I worked alongside 30+ other couriers at any time and got to enjoy on-site bars ‘Disco’s’. Some club openings and day trips all over Italy.

You are given one and a half days off a week. This sounds like nothing, but when you live in paradise and are only required to work a few hours each morning before heading to the pool, it isn’t really all that bad.

I also worked on campsites that were located close to big cities or other areas you’d want to travel to. From my Venice season I spent a lot of time in Venice and Lido di Jesolo.

I also got to see Pisa, Milan, Rome, Bologna and Verona whilst working a season. Some of these trips are even free for couriers depending on the campsite and time of year.

Now I understand tent life is not for everyone. In fact, I never thought it would be for a girl like me at 18 either. But there’s something so enjoyable about the simple life that comes from living in a tent with another person.

You will have access to water, electricity and cooking facilities along with a bed in a room or ‘inner’ of your own. An inner is a fake room inside of a live tent.

If you have done a campsite courier season before you’ll already know there are a couple of top tips to remember for surviving a full season;