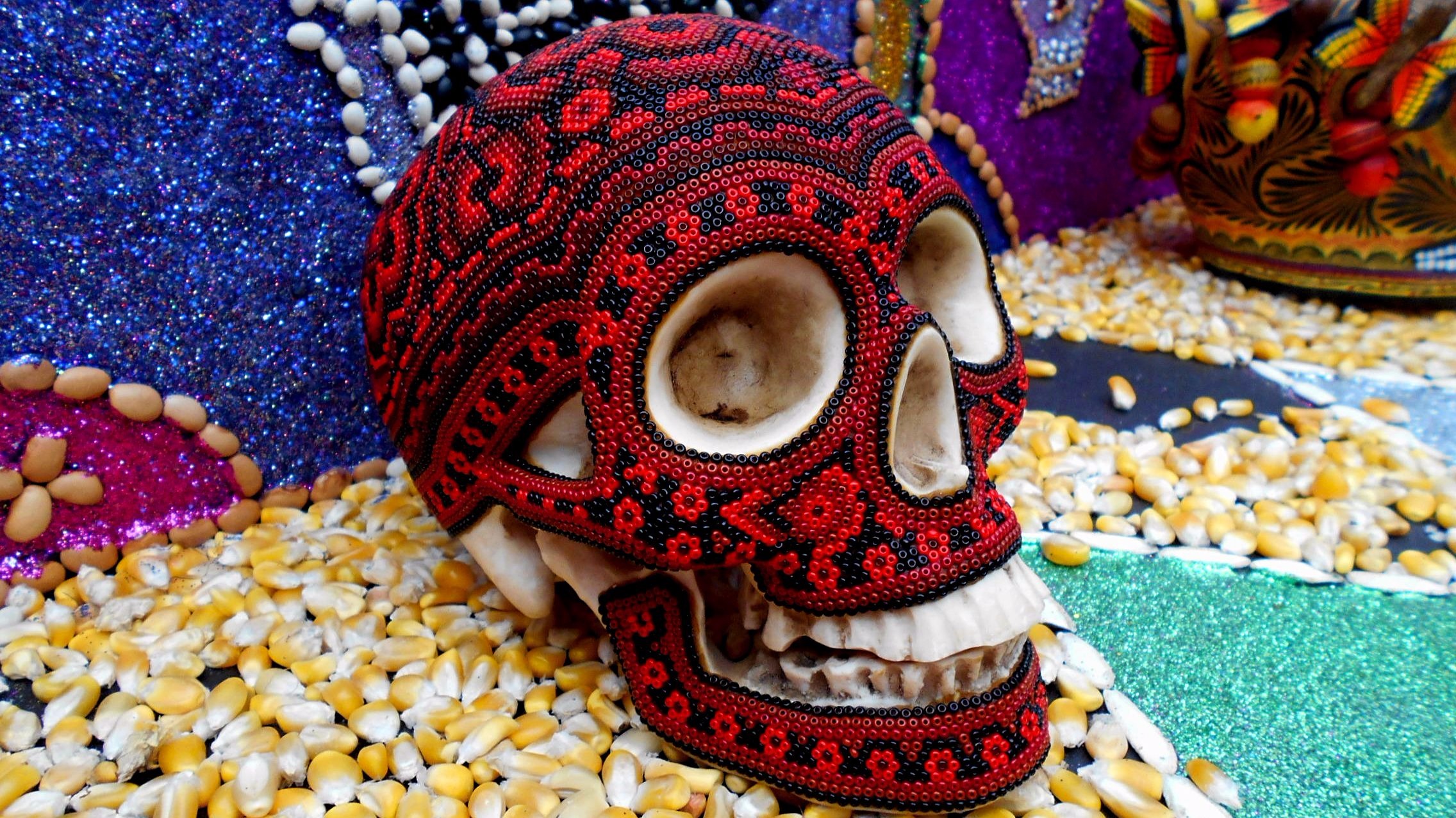 Day of the Dead Mexico also known as it’s traditional name Dia de los Muertos in Spanish, is a unique cultural holiday like no other.

A Mexican tradition and holiday that many tourists choose to include during a trip to Mexico. In fact, Day of the Dead tourism is on the rise and it’s easy to see why!

Towards the end of my time exploring Mexico I made my way to the famed Day of the Dead tourism hotspot that is Oaxaca City.

I arrived in Oaxaca City to experience the Festival of the Dead, Dia de los Muertos along with a lot of other eager tourists.

Day of the Dead Mexico

Things to know before arriving

Travelling to Mexico for Day of the Dead was one of those bucket list experiences that you don’t know you have until you do it.

However, Day of the Dead tourism is fast on the rise meaning I was probably a little late to the party on this occasion.

Outside of Mexico and other areas of Latin America, the festival isn’t exactly a famous global holiday. Up until my arrival in Mexico I mistakenly confused the celebration with Halloween. Which I later found out is a common misconception.

Day of the Dead for Mexicans and many Latin cultures is a rite of passage. Something that has long been a spiritual and cultural event across the Latin continent.

The spirit of this celebration flows through families and bonds them to their passed loved ones. The symbolic celebratory ritual later allows families to unite in the afterlife and that, simply put, is why Day of the Dead occurs.

I think you’ll agree, it seems a strange concept in comparison to your own culture. Especially European culture, where society tells us to mourn the dead.

In fact, Day of the Dead is comparable to absolutely nothing in Europe or British Culture. This made my time in Mexico during this period of celebration very interesting. It’s super easy to see why Day of the Dead tourism is also on the rise.

Tips for Day of the Dead tourism

One thing you should really know before arriving in Mexico is that everyone else backpacking Latin America is also travelling to Mexico for Day of the Dead.

The rise in popularity means key tourists spots in Mexico such as Puebla, Mexico City and Oaxaca City get pretty busy during this time.

If possible, book your accommodation in advance. Dorms and cheap rooms fill up quickly. Many of the budget accommodations in Oaxaca City were already booked up when we arrived. Despite arriving earlier than most.

Other than that, expect busy streets, lively bars and packed restaurants. Oaxaca City will also be filled with Dia de los Muertos themed tours, markets and crafts all available to tourists and locals.

Okay, so what is day of the dead?

Well, it isn’t just one day to begin with. Day of the Dead is a three day Mexican traditional holiday. That starts on the 31st October and ends on the 2nd November.

Although the three day event does incorporate Halloween on the 31st October ‘All Saints Eve,’ Dia de los Muertos is not a Halloween based festival.

The Mexican festival is celebrated in many locations throughout Latin America. Families join together to pay tribute to their dead loved ones, Day of the Dead also has many religious origins as families use this time to pray and connect with their religious beliefs.

Death for Mexicans is a rite of passage and people come together in support of their loved ones spiritual journey into the afterlife. This festival is not about scary costumes and trick or treats it is something far more rousing.

Be careful not to get the Day of the Dead festivities confused with Halloween or similar types of events across the world.

How long does Day of the Dead last?

As mentioned Day of the Dead Mexico lasts 3 days. It falls on October 31st – November 2nd.

The three day festival begins at the end of October in Oaxaca City and other areas of Mexico. Typically celebrations and decorations can be seen for almost a week before the 31st.

If you are hoping to enjoy some Day of the Dead tourism in Oaxaca City then you’ll want to arrive just before the town gets busy. This way you’ll get to see the stalls and decorations being set up too!

What do each of the three days mean?

During Day of the Dead there are three specific days of different worshiping and celebration.

Remember the Spanish name is: Dia de los Muertos and each of the days has its own name too;

Each day of the multi-day festival in Mexico has a different purpose and meaning. It’s not unlikely that you’ll notice one day is dedicated to children and occasionally even pets.

This is something to know before travelling to Mexico for Day of the Dead, as we found out very last minute but fortunately still made it to the famed cemetery.

Can I take photos?

Yes, and so you should. You should absolutely take lots of photos during your time in Mexico and especially during Day of the Dead.

Be discreet if you are photographing people and always ask permission from locals before doing so!

Taking photos in ‘dark places’ is traditionally frowned upon in the world of travel, but this is not a ‘dark’ festival and you should remember that.

Culturally its a celebration of a spiritual journey that is deeply entwined in Mexican culture and heritage.

During your time in San Miguel Cemetery photos are welcomed to document the festivities surrounding the celebrations. Locals will also appreciate you photographing decorations as many take a long time to create.

Before travelling to Mexico for Day of the Dead tourism always remember to ask permission when taking photos, especially of children.

Is Day of the Dead fun?

Of course Day of the Dead is fun. Much like other Mexican holidays, such as Cinco de Mayo Dia de los Muertos is great fun for locals and tourists in Mexico.

Mexicans celebrate death as a rite of passage. Although with the inclusion of the word ‘Dead’ may initially make it sound like a somber event it is quite the opposite!

Whether you’re watching a fire show and dancers or listening to live music in a cemetery, Day of the Dead should be enjoyed by all. This is highly important to know before travelling to Mexico for Day of the Dead tourism.

The Festival of the Dead in Mexico is a unique opportunity to engage and indulge in the deeply fascinating culture of Latin America.

1 thought on “Tips for Day of the Dead Mexico”